Do you like finding really neat and interesting caches???

You know, the ones that bring a big smile
to your face when you find it!!!

Would you like a really nice way to say
"Thank You" to the COs of those caches!!!

Then here is your chance!!!

Simply put, this is a way for geocachers to award the best and/or
most interesting Geocaching Hides in the Hampton Roads area.

So hurry up and get those nominations in..
They are due by midnight on October 15th!!!

An Announcement about GeoWoodstock 2018 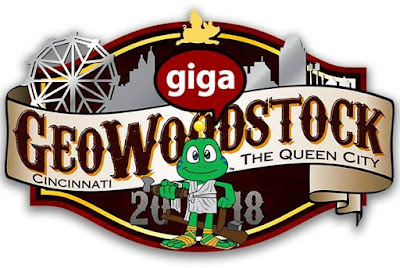 The first Giga event for the United States!!!

Congrats goes out to the entire planning team.

GCHR Hidey Awards, An Announcement and other news

Simply put, this is a way for geocachers to award the best
Geocaching Hides in the Hampton Roads area.

Upcoming Events
Here are the events in Hampton Roads coming up in the near future.
Mark your calendars – hope to see you at some of these events!

Only a few more days remain to find all the caches in the SNAP!!!-land series!!!
All 100 caches in the series will be archived on 1 October.

A Thank You, Events, Hidey Awards. and other news....

A Thank You...
In my last blog, I told you the story of my search for the Woodbooger.
I had a terrific time that weekend, but I failed to mention a pair
of geocachers that were with me almost the entire weekend.  They
took care of me, made sure I drank my water and generally
just took care of me and made sure I not only didn't
fall off the mountain, but that I also stayed out of trouble!!!

So, even though it is late, a big thank you
goes out to Randy and Jo

It is almost that time of year again.
Time to recognize the best of the geocaches in and
around the Hampton Roads Area!!!
----
You can find out more information on the
GCHR Hidey Awards Facebook page
Click here to go to the page

Nominations for the awards will be accepted between Oct 1st and 15th
so now is the time to figure out which hides you like best.

Nominees will be announced at the 3rd Tuesday
event in October at Rick's Cafe!!!

There are numerous ways to figure this out but my
suggestion is to look at which geocaches you awarded
favorite points to and then slowly pare that list down to the best of the best.

Less than 2 weeks to find all the caches in the SNAP!!!-land series!!!
All 100 caches in the series will be archived on 1 October. 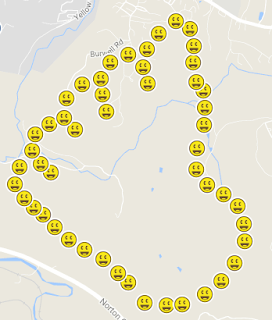 The GCHR Picnic was a BLAST!!! and some other stuff too.....

In case you missed it... THE PICNIC WAS A BLAST!!!

Yes, the morning started out very foggy and drizzly, but by the time
the first hour was passing by, the sun was out and we were all having a great time!!!

KUDOS go out to the entire GCHR crew for planning
another greatt picnic, with games and fun for all ages.

A special thanks goes out to all those that volunteered at the picnic!!!

One of the bigger things
to happen at the picnic was one of the last things to
happen before the event wrapped up.

SNAP!!!, yes yours truly, won the VERY LARGE
AMMO CAN that was the log for the GCHR 10th Annual Picnic!!! 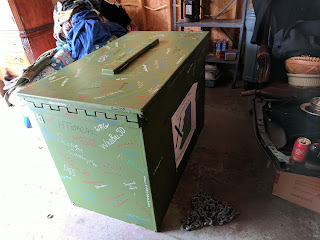 This has been scheduled and re-scheduled more than once.
Delayed time and time again when my in box fills up with
out-of-town requests so a big group can come complete the art.
Virginia's largest geo-art.
Click HERE for the SNAP!!!-land #001. 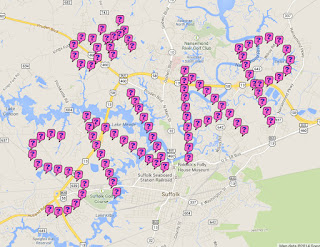 HINT:  I have began plotting out the next art!  What will it be???

Hint #2: If you are waiting this long - get some extra help by
looking in the FILES section of the "SNAP Geocaching" Facebook Page!!!

Bring your GPS to Norton, Virginia and join me!!!
When: starting Sept 8

What: find out exactly what a WOODBOOGER is!!!

There will be a new Geo-Trail, a new Geo-art, and 3 events.

There will also be a 50 cache geoart published on Sept. 8th.

There will be a big event on September 9th at Flag Rock in Norton VA
for the new Woodbooger Geotrail 2017 which includes
a custom made geocoin you can receive after
completing all 20 geocaches in the trail.

Here are the events scheduled around Norton: