We loaded up the SNAP-mobile Friday night.  Alara arrived early (3AM) and just a few minutes later Team TNA was on the road with a big weekend of geocaching planned.  On the list for this weekend = over 100 caches - no we didn't think we would get all of the done!!!! 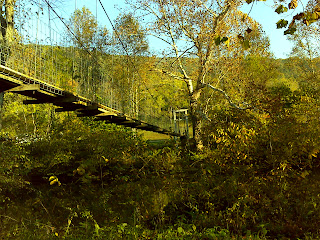 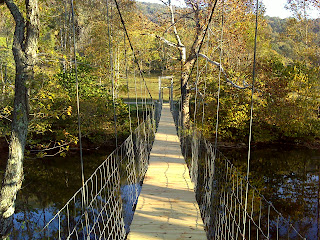 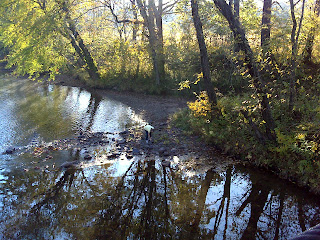 The first few caches were part of an "Wacky alara" trip.  We arrived at GC1JCFV - Craig Creek Swinging Bridge.  I believe the CO intended for us to park at a little pull off on the side of Route 615 but our Nuvi decided to take us the back way to the cache and made it just a little easier for us.  If we had parked on the Route 615 side, we would have had to traverse the bridge to get the cache - as it ended up we parked just a few feet from the cache. 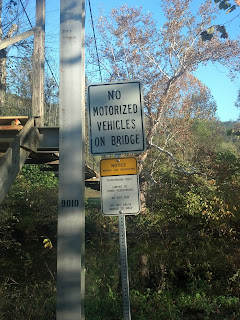 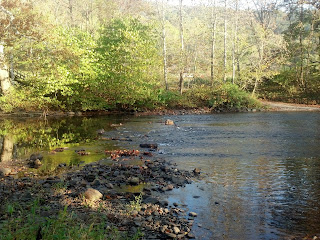 We did (each one at a time) head out to the middle of the swinging bridge just to make sure we could have done it!  We found the above sign most amusing - we really didn't try to get the SNAP-mobile across the bridge!!! 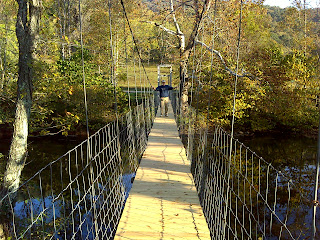 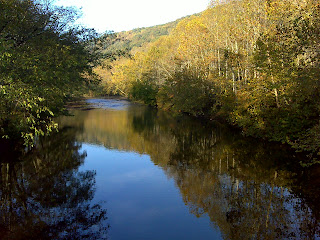 Nana was very happy to find some rocks for the flower beds back in Suffolk.

It was a short drive to the main cache for this trip - GCP49Y - Hoop Hole Hide - a multi located on a hiking trail.  There are actually two hiking trails here, one is 3.5 miles long and the other about 9.5 miles long.  The cache we were after was on the short loop and I cannot tell you how happy I am today that it wasn't on the Long Loop.  We followed the directions on the cache page and took one of nicest hikes we have ever been on.  There is about a 900 foot elevation change between the parking lot and the top of the Short Loop - then all you have to do is go back down to the parking lot!!!  WHEW!!!  You cross two different streams numerous times during your hike - be prepared to be very out of breath!  The cache page for this four stage multi was very well written and gives you just enough information to make sure you do not go away with a DNF.  This was a very well put together cache that earned a favorite point from us.  The CO emailed us to thank us for visiting this cache as it isn't often visited.  Our recommendation - GO DO THIS CACHE!!! - it is well worth the drive and there are plenty of other caches in the area to make it a trip you will not forget! 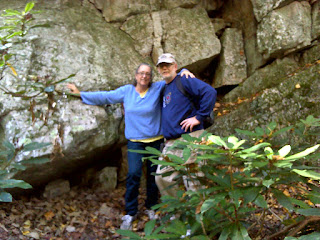 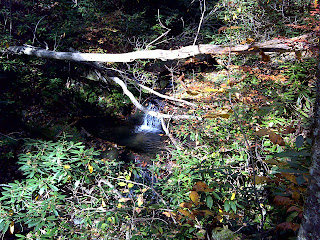 After we finished up Hoop Hole Hide we rode a few miles down the road to another park and knocked out Roaring Run Iron Furnace (GC3N0K9) a very nice Earthcache and then made the mistake of doing Iron Ore Cache (GCGB1C).  I said "made the mistake of..." because we really weren't planning on another major climb after finishing Hoop Hole.  The terrain on this cache was only rated a 2 but in our opinion it should have been a 4!!!  Another climb and we really didn't realize how much of a climb it was until we were halfway there!  It was a nice hide and we are glad we did it - but WOW!!! - what a climb!!!
After knocking out these four caches we decided it was time to head on over to Waynesboro and try to get as many "Miles of Smile" caches as we could before dark! 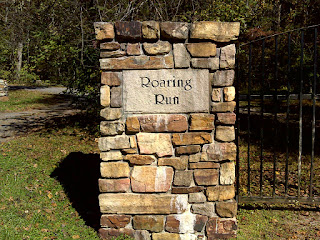 The Miles of Smile caches are all simple caches that could generally be described as P&G's (Park and Grabs) - but you have to spend a couple of hours on google before you head out to grab the caches.  They are all puzzle caches  - but don't dismay - they all are really easy puzzles.  Get all your answers - correct your coordinates - an then head out to the closest MOS cache and then proceed to the next closest, then the next closest, etc and etc and etc. 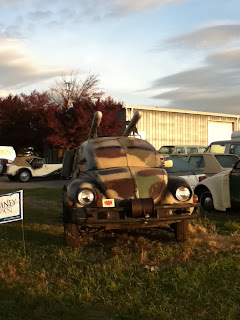 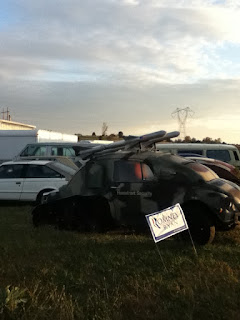 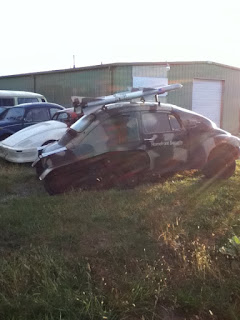 Believe it our not we wiped out 54 of the 55 MOS caches before being stymied by a security guard at the last one.  It was only after we were sitting, waiting our number to buzz as we waited to be seated at a local Outback that we realized the last cache had been moved by the CO.  Then another realization was that there were no empty rooms anywhere near Waynesboro due to several big events in town.  After finishing our meals and drinks we ended up staying over 30 miles away at the only motel we could find a room for a reasonable fee.

Stay tuned for part 2 of the weekend recap - coming soon!!!