Once again it is time to attack the Damn Neck Death March - commonly referred to by all you other cachers as the Rock Band Series!!! 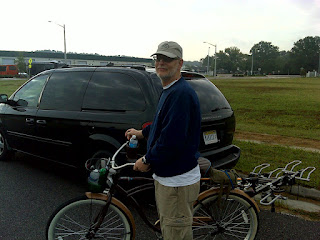 We had attacked the southern part of the series back in March (see our recap by clicking here).  We then attacked the north end in April (see our recap for that day here).  Today we are back.  We have brought two things with us to help us with our attack on the series 1) alara - yes Team TNA formed back up and from the results of our previous attempts - we need all the help we can get!  2) Bikes - yes we learned something from our previous attacks!!! 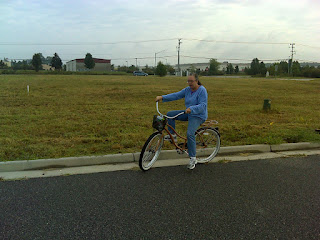 We picked up our team mate alara around 8AM and then made our way to a parking spot near Rock Band #20.  We got the bikes ready , made sure we had everything we thought we needed and then headed out. 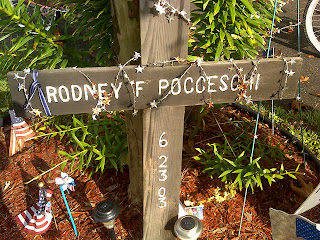 I will admit doing the Rock Band Series (aka the Damn Neck Death March) is much easier on bikes - in fact  - using bikes almost makes me want to get rid of the nick name I gave it.  I did say almost.  If you decide to do this trail the best piece of advice i can give you is to be very organized as to which caches are on which side of the road.  I could probably blame everything on the computers problems that have been plaguing me the last few months but if I would just get off the money and buy a new computer then everything would be ok.  Needless to say we weren't as organized as we should have been and I will admit it was mostly my fault.

The 15 caches we knocked out Sunday were:


The DNF's we tried but failed on were:

Truth be told - we wouldn't have found the 15 we did if not for the CO (our friend Jim) showing up and giving us a big hand.  In fact two of our finds we actually had down as DNFs.  Jim pedaled up and gave us some hints and at times a hand or two in order to make those finds.

And in total honesty - one of our DNFs listed the CO couldn't even find.  he did promise to put another container back after we left though. 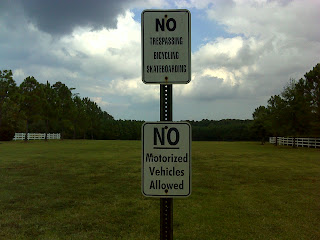 We now have found a total of 50 of the Rock Band series so we still have a total of 8 more Bands to find!  I will tell you this though - next time we attack the Damn Neck death March 1) I will be more organized and 2) we will definitely bring the bikes!!!