As some of you may already know....

We flew to Seattle, spent a few days, and then
took a Carnival cruise to Alaska!!!

One of the first things we did upon arriving in Seattle was
to meet up with our geocaching friend Chihuahuak94me
and her muggle husband Michael.

The first cache on our Geocaching Agenda was the Ape cache!!!
Of course, we had to get there first!!!
Here is a list of the caches we found on August 1

GC493V9 - Walk around the mall 4 - we had to out wait
several muggles before grabbing this one!

GC2ATM6 - The Iron Horse Express - a quick grab
on the way to the APE cache.

GC1169 - Mission 9: Tunnel of Light - favorite point awarded - we also
awarded the cache the "Coveted" SNAP!!! Cache of the Day Award!!!
P.S. we took the climb and the short walk vs the tunnel!

GC2FHZ7 - The Rocket Cache - it was right on
the way back to parking!!! - favorite point awarded

Our last cache of the day was:
GC69FGZ - Chocoholic --- Travel Bug hotel
-----------
Aug 2: our Geocahcing Agenda was, of course,
Geocahcing Headquarters followed by the
GCHQ GeoTour. 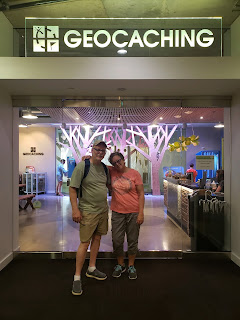 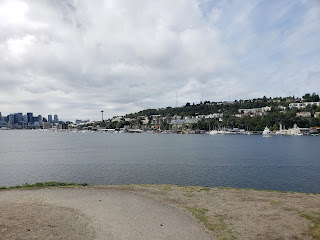 GC7B9AY - Late for the Interurban

GC62C8 - Kerry Viewpoint Park
NOTE:  While at Kerry Park we were told the Blue Angels
were getting ready to practice in the area for an upcoming
air show.  Nana was lucky enough to catch the below
picture of the Blue Angels and the Space Needle!!! 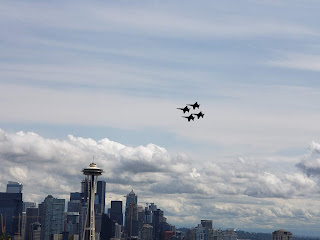 The next few days of the trip were for family and sight
seeing but we did manage to grab a few more before our cruise.

Here is a list a few more caches we found before our cruise. 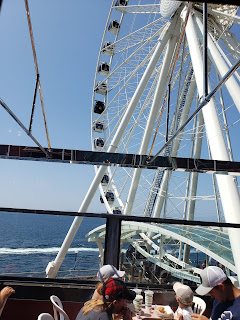 That is all for now
Till next time...

On Instagram at: snap_geocaching
Posted by SNAP!!! Geocaching at 9:03 PM